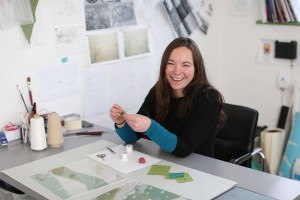 In February 2014 I came across a call to tender for a public art commission for Gaelscoil Cholmcille in Dublin. Located in Coolock, this is a primary school with about 240 children and everything in the school is taught through Irish.

I was immediately drawn to this. Firstly, the commissioners welcomed proposal from artists for either an outdoor or indoor artwork. Quite often, public art commissions are looking for outdoor works which generally disqualifies me due to the nature of the work I make. Secondly, this was a Gaelscoil and I always loved Irish. I was constantly looking for opportunities to practice and improve mo theanga.

The school and the selection panel were very open to artists’ suggestions but there were a few requirements. They wanted the artwork to reflect the school’s ethos Moladh agus Mealladh (praise and encouragement) and also to involve and engage the children of the school as much as possible. I began to research!

I have always been interested in history so I started by looking into the history of Coolock and the surrounding area. I was fascinated. The story goes back as far as the Bronze Age with a substantial amount of archaeological evidence which still exists today. There was so much to see and so much to learn. I attended Cholaiste Dhulaigh in Coolock in 1998 to complete a course in Art and Design. Little did I know that a burial tomb was discovered right next door!

I wrote a proposal, did some drawings and sent in an application. I sent in so many job applications that year I had actually lost count. So I was absolutely delighted when I received a call from the principal to let me know my proposal had been successful.

Part of my plan was to spend 6 weeks in the school running a series of textile based workshops. The workshops were based on the research which I had done of the area, but the outcome of each class depended entirely on the children’s creativity. The idea was that their artwork would inform and inspire my final designs. I taught every child in the school every week and loved every moment. Everything was through Irish. This was difficult, teaching in a language in which you are not fluent definitely adds to the workload but it was so worth it. Both the staff and the students were very patient and understanding and in fact, the children ended up teaching me quite a lot! 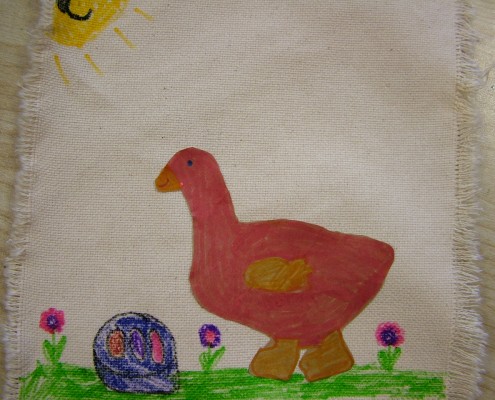 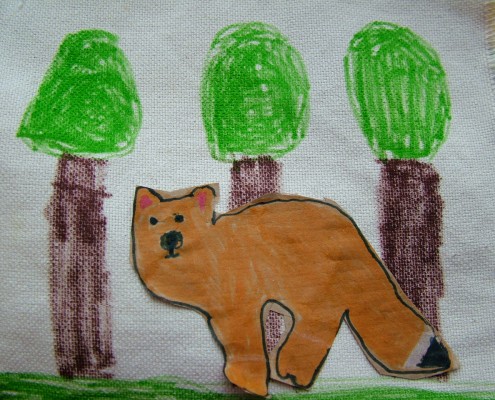 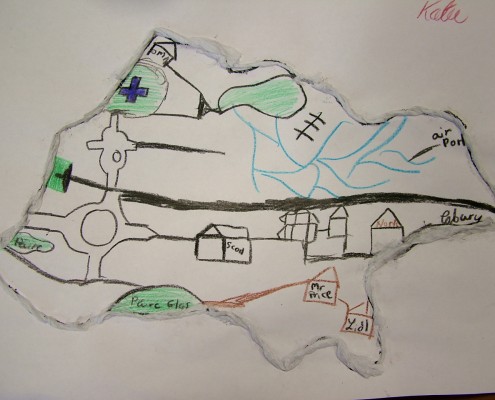 I documented their work on a weekly basis so when I returned to the studio to begin making the artwork I had so much inspirational material.

The initial proposal outlined a plan for a piece which would comprise of a series of plexiglass panels. These panels would be engraved and lasecut and contain elements of the children’s work as well as some handmade lace. I needed to find a laser cutter!

I moved into a communal arts space in Dublin where I set up my new studio. Coincidentally, a lasercutter was also working from this space. Rory Stoney had just set up Stoney CNC, so technically he was not a laser cutter but a CNC operator (computer numerical control). I approached him, told him my idea and he said he could help and so began the partnership between CNC and the arts. This was an unusual partnership. Neither of us had any idea how this would work. His machines had never cut from original hand drawn artwork, and my artwork had never been reproduced by a CNC machine! Uncommon ground!

Following a lot of toing and froing and learning each other’s ‘industry lingo’ we finally began to understand each other. Rory had only a few windows of opportunity for work so it was really important to keep on top of producing designs and drawings. This was in fact great for me as it left no time for procrastination. By the second week in January all 12 panels had been cut and engraved and all 12 backing panels were ready.

I had also started making some handmade lace. It was essential that this would be incorporated into the piece. It also became apparent that colour elements were needed as it was difficult to see the engraved lines of the drawing once the panels were hanging against the wall. I chose a palette of subtle greens and greys but still left quite a lot of open space, just as open space is so important in the process of making lace.

Everything was coming together. I found the perfect hanging system from Douglas Displays in Tallaght, adding a very slick and contemporary finish to the piece. It was expensive, but worth it! 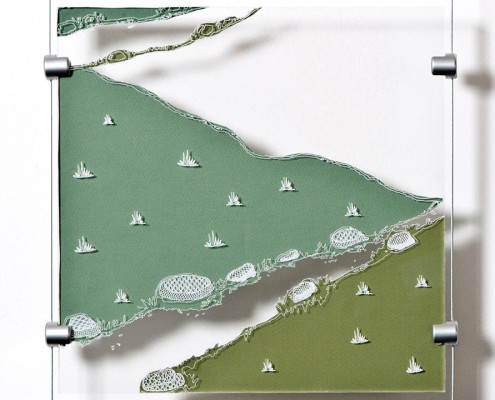 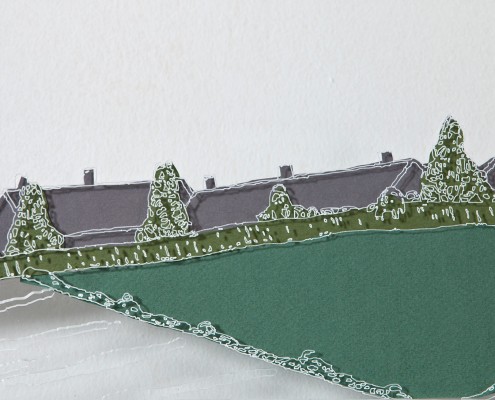 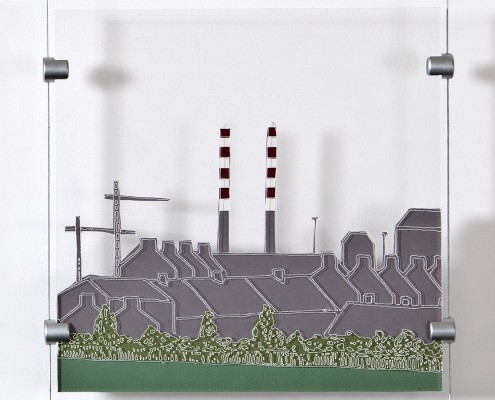 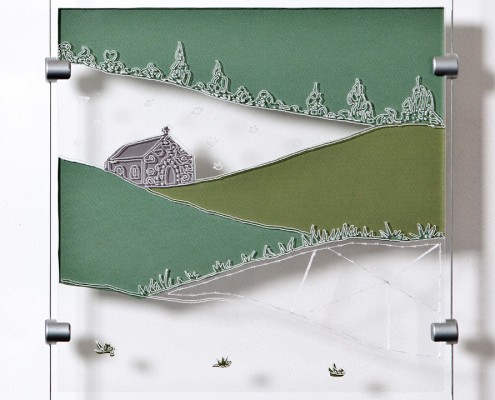 Finally, D-Day, the official unveiling. The school went to great effort. All the children, teachers and some parents gathered in the hall. We cut the ribbon, there was music, tea and the best brownies I have ever tasted!

Boundaries was the title given to my final year degree show. The piece was based on research I had done on a small area of farmland in southwest Cork. This land had been passed down through my father’s family for several generations.

I found the original maps which showed the historical boundaries and I also researched the first ordinance survey maps of the area which were made during the 19th century. I made a lot of drawing s but by far the most valuable information I gathered was through talking to my uncle. He had inherited the land and he told me about all the different names and words which were used to describe the specific areas of farmland. These words were never written down or recorded on any map and as a result the spelling of these land names were unclear. Without doubt, these words had derived from the Irish language but without any proper denotation, it was very difficult to work out any meaning. It was merely an oral record.

What struck me was that these words would soon be forgotten. There was no new generation of farm workers for this land and if no workers existed, there would be no need to use the words. This idea of loss fascinated me and I wanted to do something to document this unique local lingo.

I was of course at this stage making lace- another aspect of our culture which is in danger of disappearing! In a way it was fitting that I should use lace to represent this idea of loss.

I made an exhibition piece which focussed on this area of land with a series of lace samples that represented the farmland. The title of each lace piece was the name of an area of land. A map was hand drawn and hand cut and borderlines were hand painted. To convey the idea of preciousness, the work was placed in a hand-made display case, all of which was designed by me.