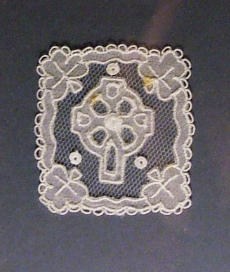 January 6th marks the 12th and officially the final day of Christmas. In Ireland, this day is known as Nollag na mBan or women’s Christmas. Traditionally it is meant as a day of rest for all the women of Ireland, who have been working tirelessly over Christmas preparing food, cleaning the house and looking after the constant flow of family and neighbours who were visiting during the holiday period.

This is also the day that all Christmas decorations must come down, not a day before or after for fear of bad luck for the rest of the year!

In the West of Ireland, it was common for many women to raise a few turkeys for the Christmas season, which would be sold alongside any eggs from other poultry. As this was the women’s responsibility, they kept any money earned. Anything left over after Christmas, could then be spent on themselves on Nollag na mBan.

In days gone by, women would often gather in each other’s houses to chat and drink tea or sometimes visit the local pub, where they would sit in the snug and drink a small glass to mark the occasion. Men would stay at home, tend to children and look after any household chores.

While times have (thankfully) changed and women are no longer restricted to working only in the home, I still see value in continuing the tradition of Nollag na mBan. For me, it is a great way to honour the wonderful women in Ireland- our mothers, grandmothers, aunts, sisters and friends. It is a day where we can take a moment to remember those who are no longer with us. It can also be seen as a way to recognise and celebrate the contribution Irish women have made to society.

The important role of women during the 1916 Rising was highlighted through a number of publications and ceremonies last year. We also saw great public support and acknowledgement for the Waking the Feminists campaign, calling for equality for women across the Irish theatre sector. This gave rise to much valuable and badly needed debate and discussion, which resulted in Arts Council funding to research gender balance in the theatre sector within the last 10 years. It also led to a number of waking the feminist inspired events which took place in locations as far apart as Inis Óirr to New York.

While Nollag na mBan is rooted in a time where women had clearly defined roles, I feel that now is the time where women reclaim the celebration, redefine the meaning and continue and preserve this very unique Irish Tradition.

*the image accompanying this article is a traditional Celtic cross design, handstitched by my mother Maura Harrington using a Carrickmacross Lace thechnique, circa 1990.